As with many traditions during the pandemic, this year the annual Passion Project Hawk Talks looked a little different.

Every year, seniors spend weeks researching a topic they find interesting. It’s a project that allows students to step out of their comfort zones, and research a topic that matters to them, whether it’s traditionally “academic” or not.

Most years the students present their projects to their classes, and then each class sends winners to present to the whole grade. But this year, that wasn’t possible. Instead, students recorded their projects on Flipgrid, a site where you can upload a video presentation in a shared gallery.

Although there were some frustrations with the technology, Flipgrid allowed all students to share their work from their home. It took off the stress of doing a presentation in front of the class, and it allowed students to re-record their own speeches until satisfied.

This year there were four overall winners, as voted by their peers: Ella Schulkind, Beatrix Briggs, Elena Raccuia, and Lulu Hart. All four winners wrote about vastly different topics, yet still captivated their audience and spread valuable information.

Ella Schulkind analyzed the systemic racism and corporate greed that has led to the current crisis in the US prison system.

“The goal of any private prison is simple: maximum profit. One can always make more money by cutting a few corners, but it becomes an issue when it’s at the expense of human rights,” Schulkind stated in her project.

In “What Stops People From Sustainable Living and Activism?” Lulu Hart explored the cognitive biases that stop people from making eco-friendly decisions.  Hart explained why habits of mind including the Bystander Effect and Analysis Paralysis need to be acknowledged so we can prevent people from making decisions that further harm the environment.

Elena Raccuia also wrote about a serious topic in her essay “Anti Semitism, the Subtle Silencing of the Jewish American Population.”

She began her presentation with personal anecdotes from her aunt, and then went on to say “nearly half of Americans don’t actually know what antisemitism is or means.” She took time defining terms and discussed the stereotypes present in modern society.

Instead of talking about a current problem in society, Beatrix Briggs suggested a solution in her project entitled “How Fungi Can Save the World.”

According to experts, fungi can help save the climate crisis and can even have a positive impact on people’s mental health.

“Fungi are really incredible, so much is not understood about them yet, and it’s a whole realm of study which deserves so much more attention,” Briggs said as she concluded her speech.

Though all of the Hawk Talk presentations were vastly different, they all centered around helping people understand, and trying to fix elements of our society.
Congrats to Elena, Beatrix, Ella and Lulu. Checkout their presentations with this link and enter the Join Code: +hawktalks2021.
Or scan the QR code below: 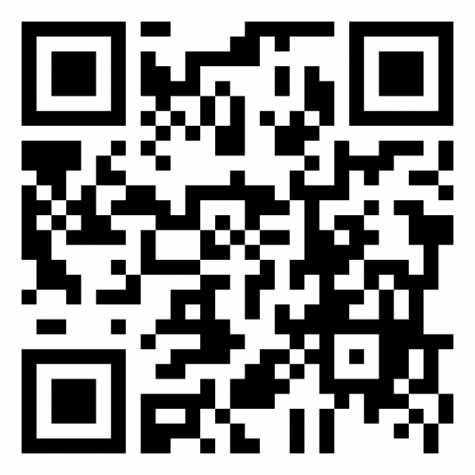