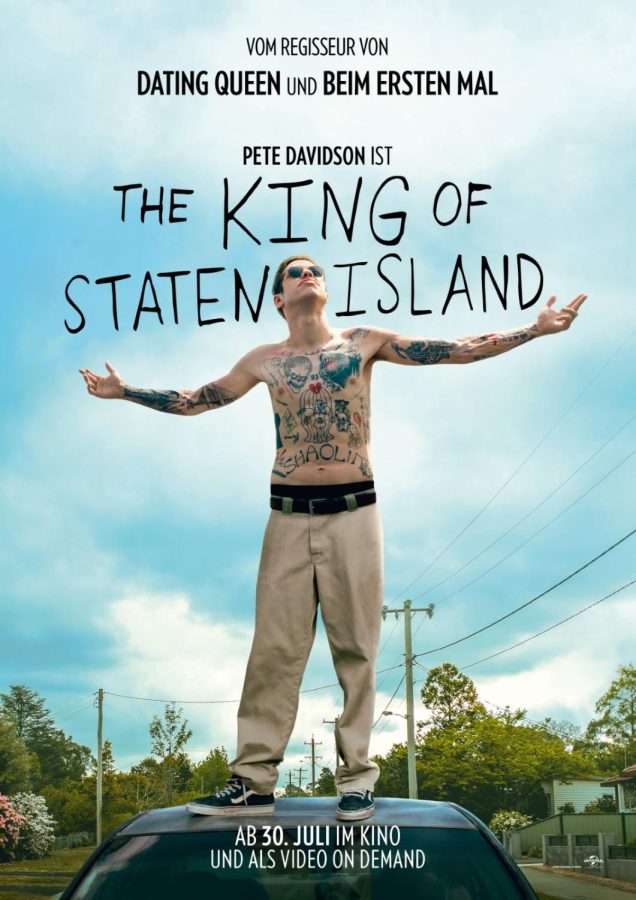 Judd Apatow’s The King of Staten Island is a semi-autobiographical dramedy starring SNL’s Pete Davidson. The movie centers around Davidson’s character, Scott, and his struggle with mental health all spurring from the death of his fireman father. When his mother starts dating another fireman, we follow Scott’s journey to deal with his lasting resentment and grief. Although Davidson’s character was amusing, he often gets washed out by the other strong personalities within the film. Bill Burr, Steve Buscemi, and Pamela Adlon all bring powerful performances that shifted the attention away from Davidson’s story. Even comedic dialogue couldn’t make up for awkward pacing in scenes and a story that felt too long. It delivers on its promise of catharsis, but drags the audience’s attention in other directions.

This 6/10 film contained too many focus points that failed to come together in a way the audience could find satisfying.